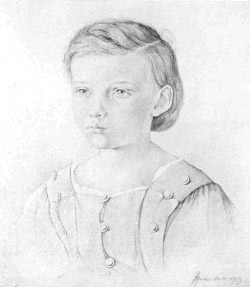 Julius Röntgen was born on 9 May 1855 in Leipzig, the son of Dutch violinist Engelbert Röntgen, leader of the Gewandhausorchester there, and German pianist Pauline Klengel.

He received his first piano lessons from his grandfather Moritz Klengel and from his mother Pauline Klengel. At a very early age he started composing and in 1864 he wrote his first composition: four duets for two violins. From 1865 until 1868 he was taught harmony, counterpoint and composition by Moritz Hauptmann. He continued his piano education with Louis Plaidy and Carl Reinecke, conductor of the Gewandhausorchester. As a child prodigy Röntgen took to the stage with his own works in Düsseldorf, Hamburg, Leipzig and other places. He completed his composition studies with Franz Lachner in München. When he was 15 years old Röntgen was introduced to Franz Liszt, to whom he played two of his own compositions.

In 1878 Julius Röntgen settled in Holland. He accepted a position as a piano teacher in Amsterdam and became the conductor of vocal society Excelsior as well as the Amsterdam division of the Maatschappij tot Bevordering 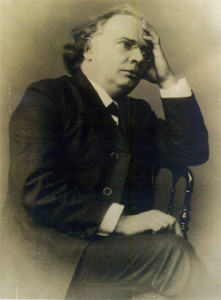 der Toonkunst (Society for the Advancement of Music) and the Felix Meritis concerts. In many ways he broke new ground, as when performing Bachs Hohe Messe for the first time ever in The Netherlands. In 1884 he founded the Amsterdam Conservatory together with Frans Coenen, Daniël de Lange and Johannes Messchaert. Later on he would become its managing director (from 1913 until 1924). Otherwise, he performed as a piano soloist and accompanist at musical soirées.

Röntgen was on friendly terms with Brahms and partly because of this, during the period 1878-1885, he initiated several concerts during which Brahms introduced his works to Holland. In 1884 Röntgen was a soloist in Brahms’ Second piano concerto conducted by the composer. Röntgen was renowned as a pianist and especially as an accompanist to numerous famous soloists from that day and age (like Joseph Joachim, Johannes Messchaert, Carl Flesch and Pablo Casals). His interpretations of the concertos of Beethoven, which he provided with cadenzas were famed (published by Alsbach). He put together a valuable edition of assorted keyboard works by Bach (at Universal Edition, Wien).

With Edvard Grieg especially he maintained a warm friendship. Their extensive correspondence, published by the Koninklijke Vereniging voor Nederlandse Muziekgeschiedenis (Royal Society for Dutch Music History), is a unique document in which both composers comment on each others work and on that of others with complete candour and report about their colourful experiences and adventures on a musical, social and political level.

Julius Röntgen was a prolific composer. His extensive body of work (more than 600 compositions) is made up of symphonies, concertos, chamber music in various settings, songs, works for choir and operas. Although he was well aware of international musical life, Röntgen remained true to his own way of composing, firmly rooted in the Leipziger Schule. His music is strongly reminiscent of that of Brahms, but his admiration for Reger also shines through in his work. With his research about and re-expression of Dutch folk music he has done important work, but he was also inspired by folk music from other countries as his works on themes and folk tunes from Scandinavia will testify. His enormous productivity as a composer is remarkable as his other activities included being a soloist, a performer of chamber music, an organiser and a teacher. 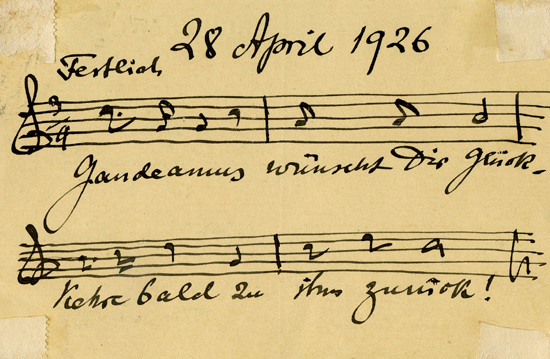 During the last years of his life Röntgen lived in Gaudeamus in Bilthoven, a villa designed by his son Frants. Here he could apply himself even more vigorously to composing: he wrote more than 200 works in the years between 1925 and 1932. On other levels too he remained active until the end and Gaudeamus became a venue for musical activities: he received guests there, held house concerts and hosted analysis courses, a forerunner of the activities which would be organised by the Gaudeamus Foundation later on. In the summer of 1930 Röntgen wrote a book about Edvard Grieg, in which his personal experiences are combined with letters by Grieg himself. In addition he did some composing for film during this period: he accompanied the folkloric films of D.J. van der Ven with his own compositions and improvisations, based on a collection of folk songs by ethnic-musicologist Jaap Kunst. On his seventy-fifth birthday (1930) Röntgen received an honorary doctorate from the University of Edinburgh. Julius Röntgen died on 13 September 1932 in Utrecht. In The Times his friend Donald Tovey commemorated him as follows:

‘Röntgen’s compositions, published and unpublished, cover the whole range of music in every art form; they all show consummate mastery in every aspect of technique. Even in the most facile there is beauty and wit. Each series of works culminates in something that has the uniqueness of a living masterpiece.’